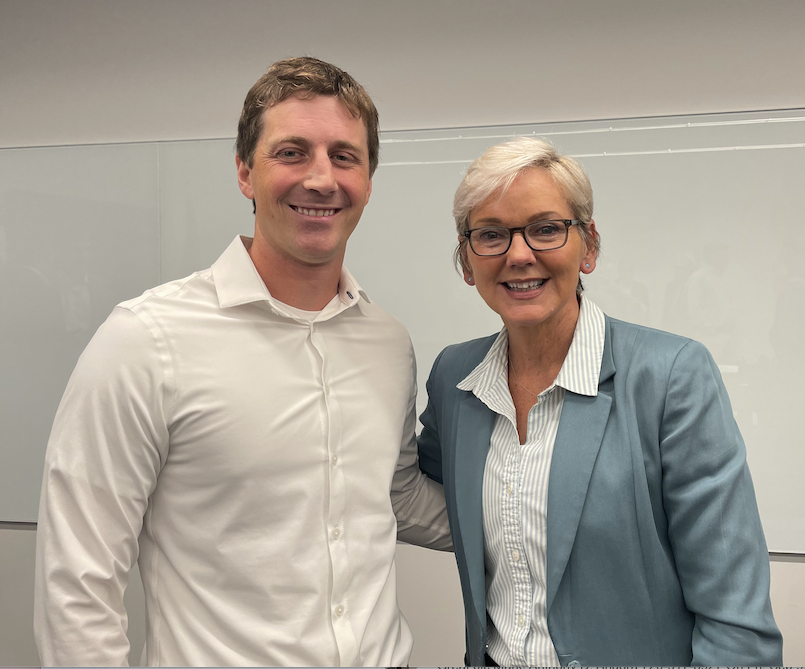 This week, the US Secretary of Energy, Jennifer Granholm, was in Houston to announce an ‘Earthshot’ initiative to accelerate domestic production of zero-emission, baseload geothermal energy  Secretary Granholm announced the initiative at a press conference, and then hosted a roundtable discussion with Reginald DesRoches, the president of Rice University, and a group of innovators in the geothermal space. ResFrac CEO Mark McClure was one of the participants in the roundtable. Sec. Granholm asked him how to increase engagement from the oil and gas industry in geothermal. 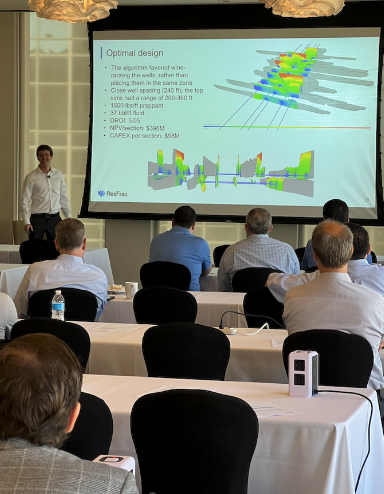 Last week we held our Fourth Annual ResFrac Symposium. The premise of the event is to bring together ResFrac users to share use cases, best practices, and general developments in the industry. This year was our biggest yet, with nearly 100 people joining either in-person or online throughout the day-long event, representing 26 different oil, gas, and geothermal operating companies, seven universities, and several service company collaborators. 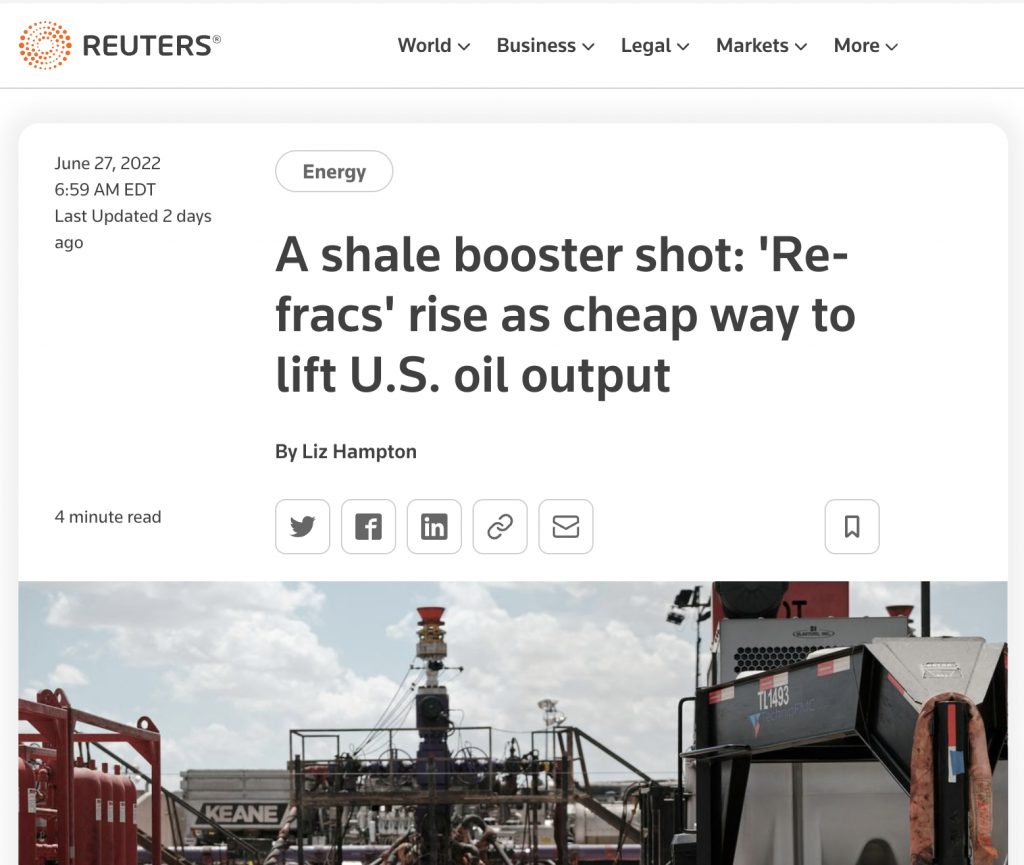 June 27 (Reuters) – U.S. shale oil producers are returning to existing wells and giving them a second, high-pressure blast to lift output for a fraction of the cost of finishing a new well. These “re-fracs” are taking hold as shale oil producers look to take advantage of $100 a barrel crude without making big investments in new wells and fields.

Why Multistage Stimulation Could Transform the Geothermal Industry 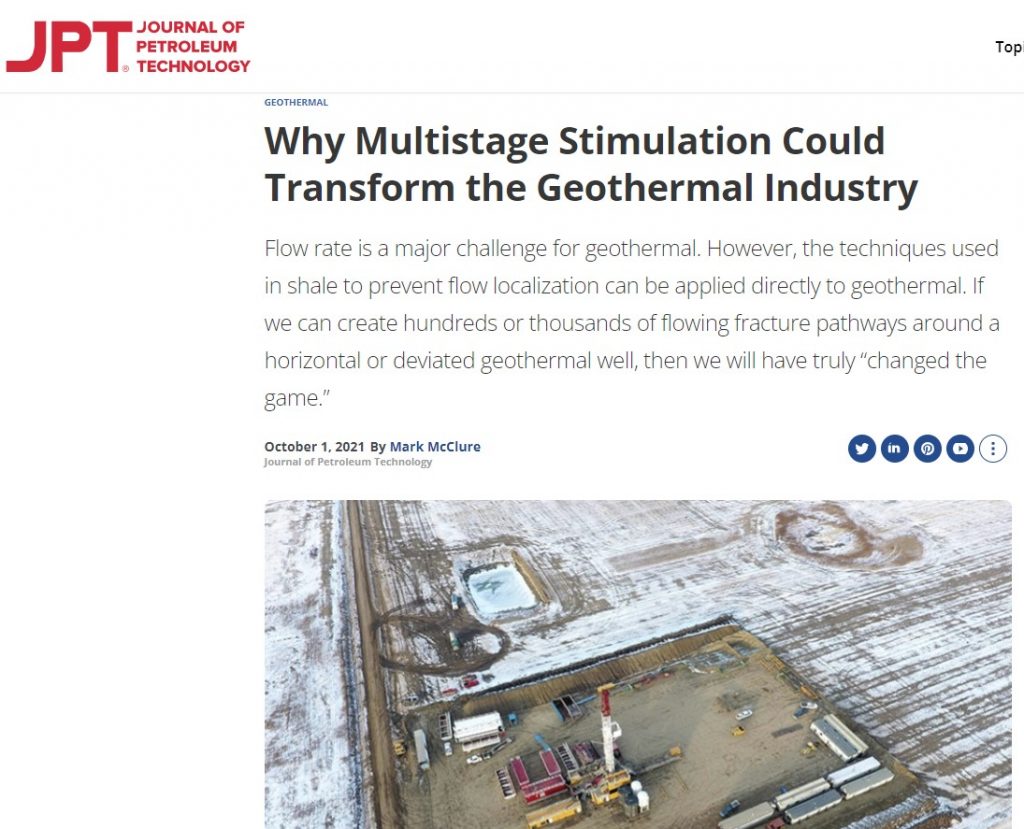 Flow rate is a major challenge for geothermal. However, the techniques used in shale to prevent flow localization can be applied directly to geothermal. If we can create hundreds or thousands of flowing fracture pathways around a horizontal or deviated geothermal well, then we will have truly “changed the game.” Read the article at the Journal of Petroleum Technology. 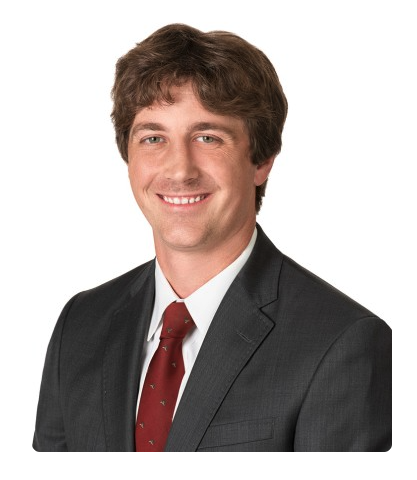 We’re excited to announce that Mark McClure, ResFrac CEO was chosen to receive a “TWA Energy Influencers Class of 2021” award, given by The Way Ahead, a publication of the Society of Petroleum Engineers.  This honor was given to seventeen young professionals, under the age of 36, “who excel in their fields at a level superior to that of their peers, yielding second-to-none achievements. Their outstanding efforts help shape the narrative around key issues in the energy sector for future generations.” Learn more about all those awarded on The Way Ahead website. 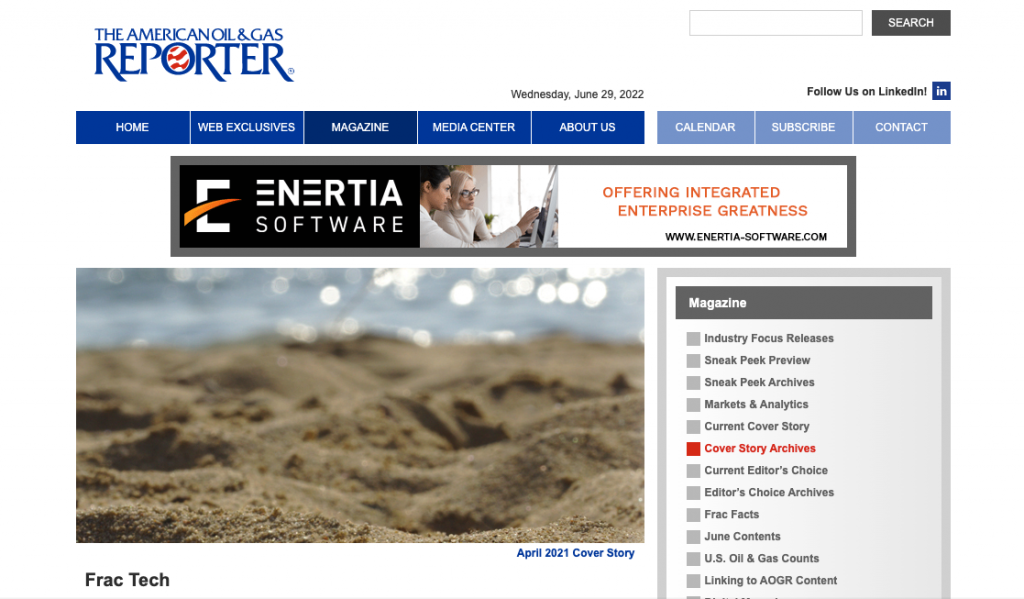 Some really great insights by ResFrac CEO Mark McClure on the complementary nature between physics-based modeling and data science and automation in the oil sector. Thanks to Hoss Belyadi for facilitating this important discussion.